When creating a new account, you will be givena choice between 3 races, namely Pirate, Federation and Qtarian. While their descriptions might suggest different objectives, the storylines are basically the same for all. The main differences between each faction resides in: 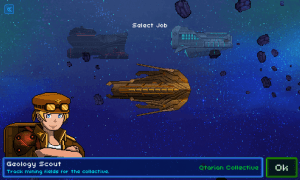 Among the three factions, Feds and Pirates tend to have similar layouts. They’re roughly the same size, and suited to horizontal builds, mostly arranged on 2 decks. Qtarians are more vertical, and significantly larger, which gives them a real advantage. They can accommodate 3 to 4 decks, which maximizes armor use, at the cost of possible congestion at earlier levels when the lifts are still slow. The layouts of three factions are presented below (the number in each grid corresponding to the level it unlocks – courtesy of Alsadius). Note that researching Alien Technology (UFO) in the lab unlocks a purchasable hull, the Gray. Being much smaller than the base factions, it shouldn’t be considered before the level 11 or 12 (and is not notably strong even then).

After level 10, once you research Advanced Starships Technology in the lab, a great variety of extra hulls will be available in your shipyard. Some can be directly purchased for bux (like the Visiri, Ardent Protector, Dish,…), while others require a blueprint (obtainable on market or on Savy’s sales). So while it isn’t possible to change your faction, you’ll be able to switch to many different hulls if you’re not satisfied with yours!

Note that on top of your base hull, and those universal extra hulls, there are a few others that are “free” (minerals only) but faction-tied. Pirates get access to both Scavenger and Vindicator, Feds to the Fed Assault, and Qtarians to the Qtarian Hybrid. You can look up all those options on pixy or pixel-prestige!

Last note regarding hulls, at lev 10 you will find another research, Starship Hull Expansion, unlocking the Extended version of every hull. This adds special extra grids to your ship, called T2, at the cost of 1 point of hull HP. In these areas you will only be able to place resource rooms (min/gas storages, warehouses, bio-recycler), or lifts and corridors, as opposed to standard T1 grids which can have all types of rooms. You’ll need to buy these extensions for each hull (generally for 1500bux). So if you bought the extension for your Fed Assault, and later switch to Visiri, you will have to buy it again for the Visiri (they remain across levels though, so if you bought it for the Fed Assault at level 10, you won’t need to buy it again for that same ship at level 11 and 12).

Your captain will have an ability based on your faction. Pirates have Poison Gas, Feds Healing Rain, and Qtarians Rush (see here for a description of abilities). Beyond their ability, their stats will also be slightly different depending on which option you select (for boys Awesome: Bobby/Alex,  Sexy: Peter/Edwards and Million Bux: Tony; for girls Awesome: Laura/Lorretta, Sexy: Lisa/Lia, Million Bux: Michelle). These are shown in the table below (available here). Pick according to your needs! While they are interesting due to their number of slots and training cap, especially in end-game, many people don’t use their captain, so don’t worry too much about this decision! 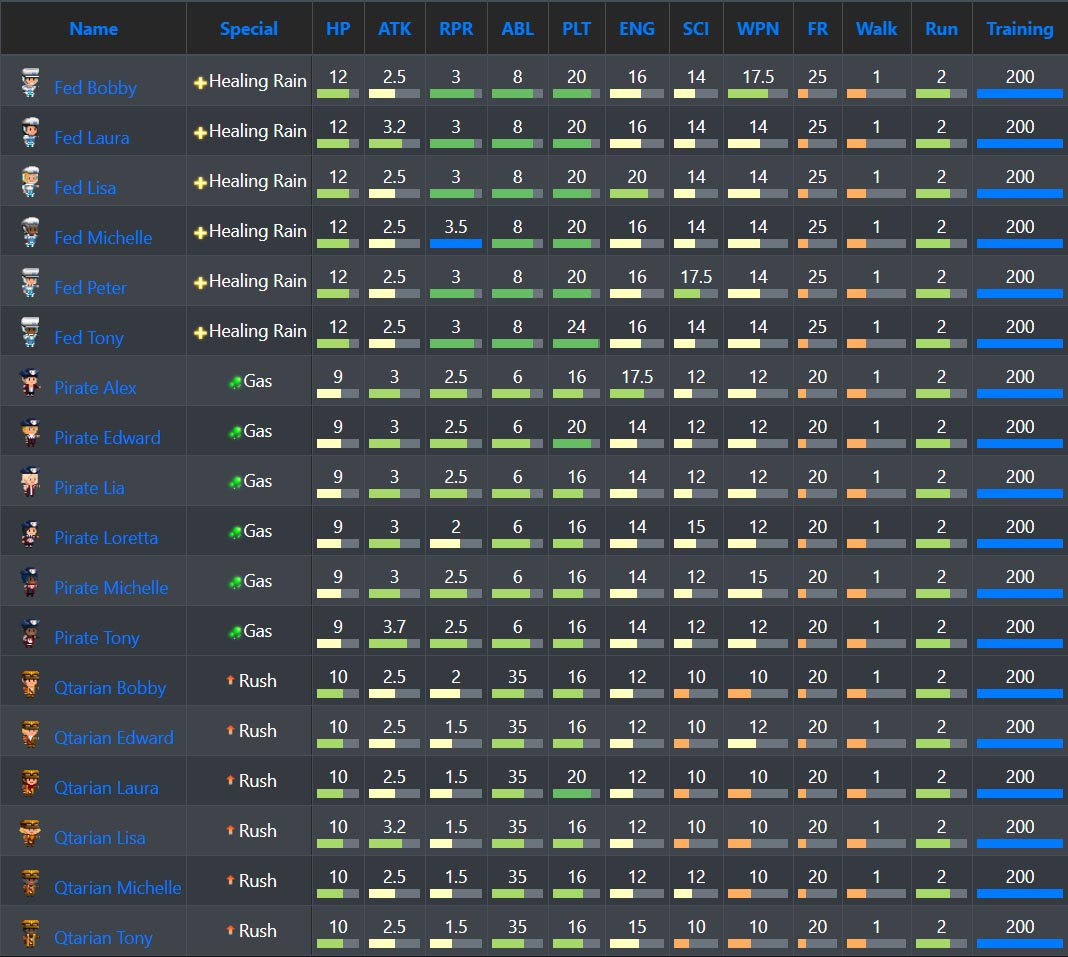 Introduced mid-2020, the Super-Weapons are rooms only available at lev 12, and specific to each faction. All are 4×3 grids, with 80s cooldown, 15s reload, and 7 power consumption. Due to their long cooldown, they are generally used only once per fight, twice at most. For this reason, people generally prefer a rusher to natural reload a fully trained 100 ability rusher can reload the room even if it is only at one power!).

There’s no real consensus on which is best, as their benefits strongly depend on your strategy, and on the type of opponent you face (Hwacha and BFR will be at a disadvantage against ships with engines for instance, since both can be dodged).